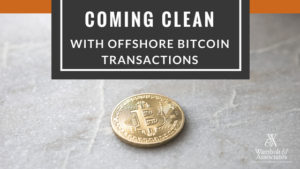 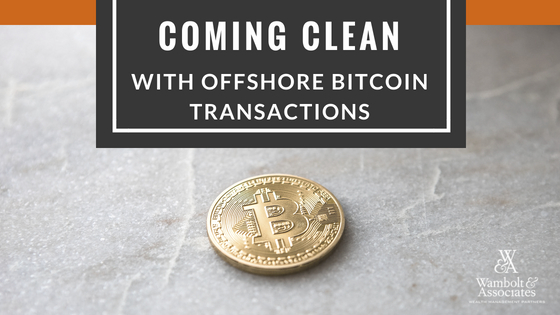 Avoiding taxes by hiding money or assets in unreported offshore accounts is on the Internal Revenue Service’s “Dirty Dozen” tax scams for 2018. It doesn’t matter if the money parked offshore is real or virtual, the IRS is coming after all global tax dodgers.

Identifying and enforcing a U.S. tax regime for a global marketplace built around a decentralized, virtual currency has its issues. It’s issues the IRS is taking on in order to get its piece of the revenue trail from cryptocurrency transactions and enforcement of offshore virtual currency reporting.

The agency is on the front end of defining its policy related to virtual currencies, leaving many cryptocurrency investors in the dark on tax matters. The IRS issued guidance in 2014 stating that bitcoin and the like are treated as property and are subject to taxation. The agency issued a reminder earlier this year that whether you’ve used virtual currencies as an investment or as a currency, you owe taxes. The guidance further clarifies that, for tax purposes:

The IRS has significant deterrents in place for people underreporting or improperly reporting the income tax consequences of their cryptocurrency transactions, which include fines and prison time for convictions related to tax evasion and false returns.

Coming clean with the IRS will not be easy, especially after September 28, 2018 when the IRS ends the 2014 Offshore Voluntary Disclosure Program (OVDP).

Since 2009, the OVDP has been enticing taxpayers with undisclosed overseas accounts to voluntarily come forward and disclose their accounts to the IRS. The IRS reported that use of the OVDP program peaked in 2011, when about 18,000 people came forward. The number steadily declined through the years, falling to only 600 disclosures in 2017.

The dramatic drop signals the program has likely run its course. But with the end of the program, an avenue that taxpayers with undisclosed foreign accounts have been using to get back into the good graces of the IRS is closing fast.

Reducing reporting risk is in your best interest. If you know you are non-compliant, but were unaware of the obligations, you may be eligible for a streamlined process for voluntary disclosure. But if you knew and opted not to meet filing requirements, get in on the OVDP before the window closes in September.

Call your Wambolt advisor well before September 2018 to get your tax position in order.

More information can be found on IRS.gov.

Photo by Andre Francois on Unsplash