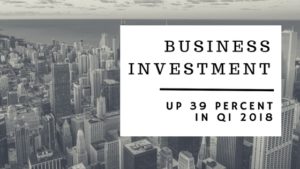 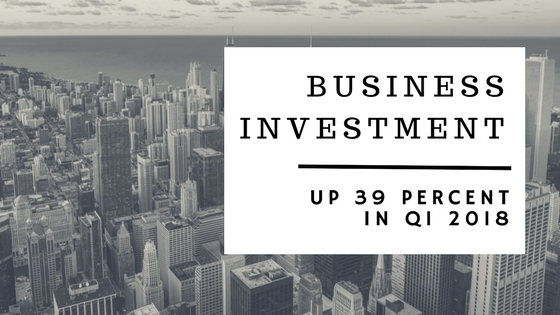 Business investment in the United States is on the rise. Bloomberg Markets reports that among the 130 S&P 500 companies that have reported results for the first quarter of 2018, capital spending increased by 39 percent—the fastest growth in seven years.

An increase in how much businesses are investing is good news, as business investment is a determinant of the long-term size of the economy. Increased capital expenditures can increase the size of the stock of capital, such as plants, machinery, and equipment. In the long run, a larger capital stock leads to higher levels of productivity, employment, output, and incomes.

Bloomberg markets also reported that net buybacks (16 percent) and dividends (11 percent) rose, but not by as much as capital spending (39 percent).

It is not yet clear that this data is related to the TCJA, but these changes are all things one would expect. The TCJA reduced the corporate tax rate from 35 percent to 21 percent. As we have written before, a corporate tax cut will have two effects, one short-term and one long-term. Companies will receive a windfall to the cut on existing investment that they can return to shareholders through increased dividends and buybacks. But at the same time, companies face a lower tax burden for new investments, which encourages more capital spending that eventually translates into higher productivity and wage growth. 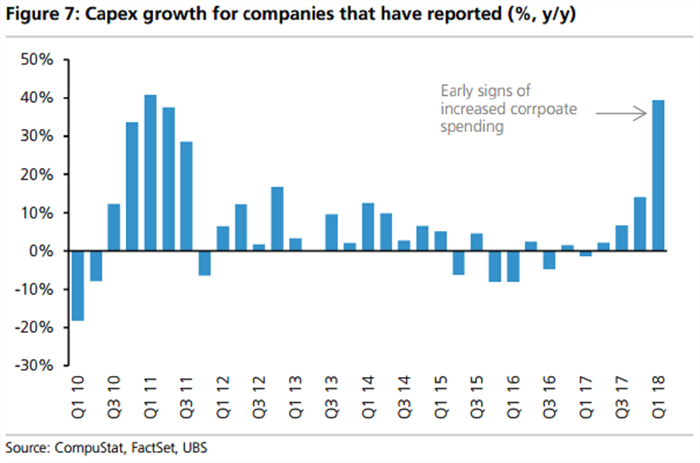 The most significant pro-growth provisions of the Tax Cuts and Jobs Act are the corporate rate reduction to 21 percent and 100 percent bonus depreciation of short-lived assets, both of which should encourage increased capital formation. While it is too soon to tell whether this increase in investment is due to the new tax law, it is a positive development for our economic outlook.

Photo by Pedro Lastra on Unsplash