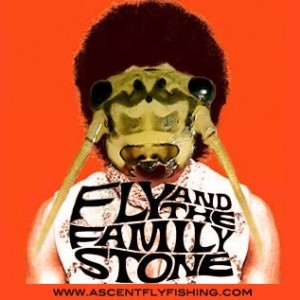 I’m not interested in simply filling your head with scientific bug names and entomology facts.  While we took an in-depth look at the characteristics that will enable the fly fisher to identify stonefly nymphs and adults at a glance in last month’s article, The Rise of the Stonefly, that information won’t do you any good unless you can take it into your fly box, identify your stonefly patterns, and tie on the best imitation while fishing!  With 465 species of stonefly inhabiting the waters of North America, fly fishers have tied 100 times that many fly patterns in their attempt to match these trout favorites.  Most likely, you probably already have a number of stonefly patterns mixed in among the ranks of flies in your fly box.  Our goal now is to help these stonefly patterns stand out from the pack by highlighting profile of both the stonefly nymph fly pattern and the adult stonefly pattern, enabling you to match more species of stonefly with fewer fly patterns with our Deadly Dozen Stoneflies.

The Anatomy of the Stonefly Nymph Fly Pattern 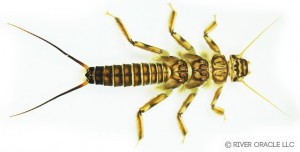 Taking up 99.9% of the life of the stonefly, and lasting between 1 to 4 years, the nymph life cycle of the stonefly is available to feeding trout year round in the waters they inhabit.  Among the largest and highest calorie sources of food in the water, the stonefly nymphs are particularly effective during runoff when the naturals are washed from the bottom of the river, and just before they emerge as they migrate across the streambed towards the shore.  Below are the common characteristics shared between all stonefly specific nymph patterns that are fished beneath the surface of the water.

The Anatomy of a the Adult Stonefly Pattern 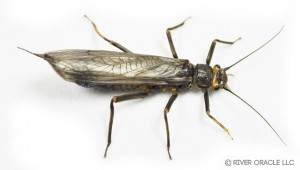 After crawling from the water and wriggling out from its skin, the adult stonefly emerges large and in charge, dwarfing other families of aquatic invertebrates.  While still maintaining many of the characteristics of the nymph (such as two long antennas, two thick tails, and long widely separated legs), the chief trait that the fly fisher seeks to emulate with their dry stonefly patterns is the two pairs of long wings that are held parallel to the back. Characteristics that define our stonefly specific dry flies are:

While stonefly patterns can produce trout in all four seasons, it is during the summer months that they truly shine.  May, June, July, and August are the months of our big stone!  Now is the time when trout will eagerly chase a drifting Pat’s Rubber Leg, or explode from the surface of the water to consume a Stimulator.  So the next time you head to the river this summer, slip in your ear buds, tie on a Chubby Chernobyl, and get down to the funky tunes of Fly and the Family Stone!