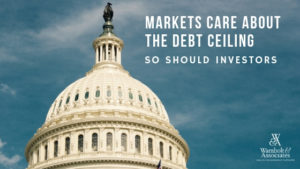 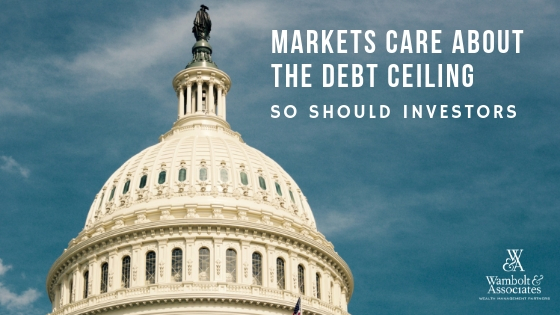 A timely debt ceiling deal is the best bet for stable markets.

With another partial government shutdown narrowly averted in February, the next federal spending challenge for Congress is already at hand. March 2, 2019 is the deadline for Congress to act on lifting the debt ceiling. The debt limit was suspended by the Bipartisan Budget Act of 2018 through March 1, 2019.

Congress has several choices: increase the debt limit by the deadline or prolong negotiations until government obligations are fully funded. If the debt ceiling is not raised, the Treasury will be able to fund the government until at least mid-summer 2019 by using what is known as extraordinary measures, according to the Bipartisan Policy Center. By mid-summer, though, these money-shuffling measures will run out if no action is taken to raise the debt ceiling. Then the U.S. Treasury will no longer be able to pay all of the government’s obligations on time and in full, potentially including interest on outstanding Treasury bonds, social security benefits or government salaries.

Analysts believe the spending bill that led to a 35-day partial government shutdown that began in 2018 was an easier hurdle to overcome than this debt ceiling debate. Increasing government borrowing to allow the government to meet its existing obligations to investors, taxpayers, and vendors could have far-reaching effects. Yet the risk of a debt ceiling stalemate could unsettle markets, destabilize the dollar and drive borrowing costs up (CNN).

“Congress has never failed to act in time, so no one knows with certainty what the consequences would be,” according to Sage Belz and David Wessel with the Hutchins Center.

What is the debt ceiling?

The government issues U.S. Treasury securities when it is running a deficit. The debt ceiling is a limit that Congress imposes on the amount of securities that can be issued by the U.S. Treasury.

When the limit is reached, the government cannot issue any more debt and must shuffle current funds around to avoid defaulting on government obligations.  The U.S. government has never reached the point of default. In 2011 the U.S. approached the default point, triggering the first downgrade of U.S. debt by credit rating agencies and sending major indices into free fall. The S&P 500 fell about 17% from late July to early August that year, and didn’t regain its footing until 2012 (CNN).

With recent stock market turmoil still fresh in investors minds, avoiding default–or even the perception of possible default–on debt payments is the best plan of action for Congress to keep investment and spending momentum lively, the economy humming, and avert a downturn in consumer confidence.

Photo by Jomar on Unsplash