(The Rise of the Stonefly)

A morning mist swirled over the surface of the water just as it had thousands of times before, but this morning was destined to be different than those that had proceeded it.  Breaking through the dark surface of the water emerged two long antennas followed by a head that one would expect to see in prehistoric times and not in a peaceful mountain stream.  Long legs tipped with sharply-hooked claws sought purchase on stone as it pulled its massive bulk from the grip of the river’s current.  Basking in the first rays of the dawn, it body begins to shudder and shake before its back is ripped asunder! Climbing from the shattered remains of its back emerge four membranous wings that beat at the air, buffeting the landscape with wind.  The stonefly, mightiest of all aquatic invertebrates, rises in its full glory and takes to the air!

Among the largest aquatic invertebrates and the most eagerly anticipated by anglers and trout alike is the stonefly.  Comprised of 10 families and 465 species spread throughout the streams and rivers of North America, this trout favorite emerges in all four seasons, as opposed to Caddis and Mayflies which only emerge spring through fall. Dwarfing the midges, mayflies, and caddisflies that share the water with them, stoneflies are like T-Bone steaks to a trout and can produce explosive strikes from calorie-starved fish.  While sharing many characteristics with mayflies during the nymph life cycle, here are the family characteristics that will enable you to distinguish the two and match this incredible family. 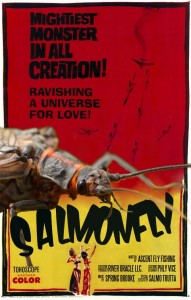