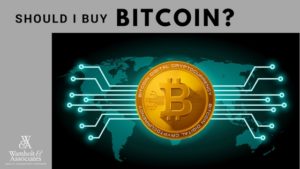 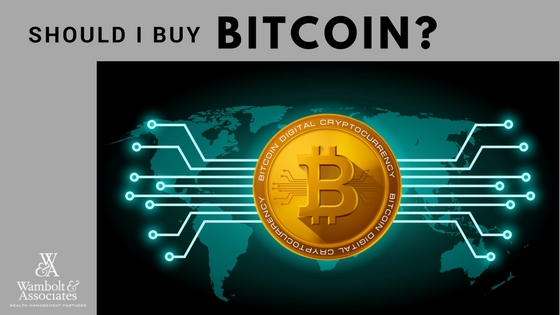 Wall Street certainly loves a winner and a great story. This year the markets have presented many compelling stories with impressive returns from both domestic and international equities. Throughout the last few months we have received numerous inquiries about Bitcoin, as it has been dominating headlines with amazing returns. You would have to be almost living under a rock to not be aware of the run that Bitcoin has had this year. This once obscure and laughable currency is the new craze catching everyone’s attention. Before you jump on this investment bandwagon let’s take a few minutes to go over some of the basics regarding Bitcoin and ‘digital currency’ in general.

Bitcoin has a very unique history. It was created by an unknown individual or group in 2009 under the alias “Satoshi Nakamoto.” There are various conspiracies and rumors on who created it, but nothing has been confirmed. Cyber currency is essentially an electronic form of currency that has no physical presence. There are no coins – it only exists on the internet. It is not backed by a central bank and there is a limited quantity. Currently there are 16.7 million coins in circulation. There is no real asset value associated with bitcoin and it pays no interest. The value is driven completely by what the market dictates.

Many people are not aware that Bitcoin (BTC) is not the only digital currency available today. There are more than 1,300 other digital currencies that exist. While Bitcoin is the hot name out there right now, there are other names such as Litecoin, Zcash, Ripple and Ehereum, to name just a few. The range in value with just these few names ranges from 2 cents (Ripple) to over $15,000 (Bitcoin) per coin!

You can’t buy Bitcoin in your investment accounts. It has to be purchased through an online currency exchange. Some of the more popular platforms are: Coinbase, BTCChina, LocalBitcoins and Coinmama. All of these sites will gladly accept your credit card in exchange for digital currency. Once your purchase is complete the coins are stored in a digital wallet in the cloud or on your computer. Security is now a huge concern as investors worry about protecting their ‘coins’ from online hackers.

Why is the Price of Bitcoin Going Up?

A common question we have been hearing is why is the price going up so quickly? It comes down to a basic economic theory – Supply and Demand. Since there is a limited quantity of the coins (16.7 million), the demand increases and the limited quantity can go nowhere but up. Earlier this week the total value of Bitcoins in circulation hit $190 billion, and it will most likely hit $200 billion before the end of this month.

Should I Buy Bitcoin?

If you look at the last 20 years we have seen several different events and environments associated with the market that have taken investors on a volatile ride. The chart below illustrates the last two decades and cycles in the markets that most investors would prefer to forget. 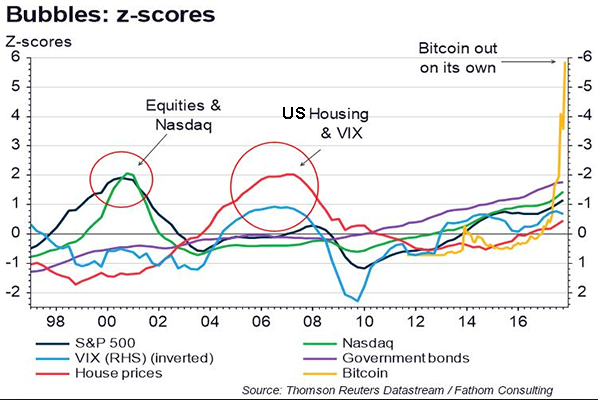 This chart illustrates various investments and ‘normalizes’ the data so that they can be compared to each other, and more importantly, to a mean. Statisticians refer to these calculations as ‘Z-scores’ or standard deviation. If you look at the past corrections or ‘bubbles’ (Tech Bubble, Mortgage Crisis and Great Recession of 2008), they began when the data was near a -2 on the chart.  Bitcoin is currently three times this level. While this is not an indication that a correction is imminent, it should certainly make investors extremely cautious of investing in Bitcoin right now. One variable that many investors are not considering is the possibility of governments around the globe getting involved in cyber currency. There have been rumors that Sweden’s Central Bank has considered offering e-kronas to the public. This would allow a cyber currency to have financial backing and offer more stability than Bitcoin or any other cyber currencies. It is hard to imagine that governments and corporations will not look to get involved with cyber currency in some capacity in the near future.

If you have owned Bitcoin you have certainly enjoyed some amazing returns, but if you are considering investing in it now, we would strongly recommend against it. Just last week an early investor in Bitcoin (Grant Sabatier) cautioned new investors to not buy into the Bitcoin phenomenon. He highlighted three key points to back his opinion, all of which we have previously mentioned, the quotes we share below are his…

To echo one of Grant Sabatier thoughts on Bitcoin, THIS IS GAMBLING, NOT INVESTING. There will always be a new name or phenomenon that will attract investors with incredible returns, and you don’t have to go far back in history to remember many of the names. Do yourself a favor and don’t jump on the bandwagon…remain disciplined and focused on your portfolio and you will reach your goals! If you have questions or would like to discuss this topic in more detail please contact us.